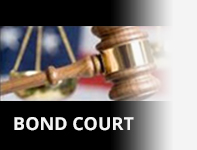 The Law Firm of Rahti and Associates represent clients at bail and bond hearings in order to obtain a bail bond at a favorable economic rate. When you are charged with a crime and arrested, the prosecution may request that you pay a large sum of money in order for you to be released from custody pending your trial. Our goal is to have you released without bail or to have your bail set at the minimum amount.

The purpose of setting bail or bonds is to reassure the court that a defendant in a given criminal trial will appear before the court at a future date. When the defendant appears before the court as required, the bail money will be returned at the end of the trial. Bonds of property may be used pledging assets like stocks or real estate in lieu of cash. For a fee, a bail bondsman will post the required surety bail for you and is responsible if you do not show up. The fee is usually 10-15% of the amount of the bail. Sometimes the court will accept this 10% fee in lieu of bail, circumventing the need for a bondsman. The 10% is non-refundable just like a bondsman would keep his commission.

The bail process may vary from county to county, and can depend on where the defendant is being held. The court will carefully consider your standing in the community, how long you have lived in the state, and whether or not you have relatives or business ties locally. Bail is not sought as a punishment in and of itself. It is to be set high enough to reasonably assure that a defendant will appear at trial, but should not be excessive. The burden of proof in proving your local roots and that bail is excessively high rests upon the defendant and your community standing will be your best defense at the hearing.