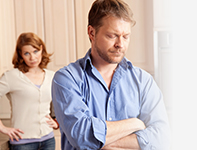 According to the Center for Immigration Studies, “Marriage to an American citizen is one of the most common paths to US residency for foreign nationals. More than 2.3 million foreign nationals have gained permanent lawful residence this way between 1997 and 2007. While the vast majority of such marriages are for lawful purposes, many enter into marriage illegally, for the sole and primary purpose of gaining entry into the US.

Immigration marriage fraud can be categorized as when an alien enters into a marriage for the express purpose of circumventing US immigration law. Immigration marriage law applies to those entering the US for an immigration visa on the basis of a marriage of fewer than 24 months prior to admission or a marriage that is annulled or terminated within 2 years from the date of admission. If it is found that the alien is guilty of attempting to obtain a visa based solely on marriage the alien can be deported. If the decision is appealed, it is up to the Attorney General to decide whether or not the marriage was consummated for the primary purpose of obtaining a visa.

There have been several amendments to the law with an eye towards reducing marriage fraud. The Immigration Marriage Fraud Amendments of 1986 state that anyone entering into the US on the basis of a marriage of fewer than 2 years is given automatic “conditional” status. After two years are up the immigrant can apply for lawful permanent resident status. If not approved, the alien may appeal the decision and the government must prove that the marriage was entered into for the primary purpose of obtaining a visa. Aliens are discouraged from marrying during removal proceedings as it will most likely be looked upon as doing so for the purpose of obtaining a visa.

If you are being deported based on immigration marriage fraud, you’ll need experienced attorneys on your side to present your appeal to the Attorney General. Our immigration law firm stands ready to assist you.