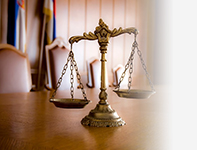 An immigrant has the right to sue the Federal Government if any of his Constitutional rights are denied. As an immigrant, you can sue the federal government for a fair deportation process if you feel that being deported will put you and your family in harms way. If you have come to the United States to flee war, physical or sexual violence, or other life-threatening situations, you have the right to come to America to seek safety. United States law guarantees immigrants a right to seek asylum.

If you are being detained due to not having valid immigration status or pending deportation, you have the right to be treated fairly and humanely. The US Court of appeals has ruled that immigrants can sue individual federal government officials responsible for treating detainees harshly while being detained.   Immigrants also have the right to sue the federal government if the government suddenly changes the procedures it requires immigrants to follow to obtain citizenship. US Immigration Agencies like the State Department make statements that are binding upon them and an immigrant relies upon those statements. Monetary damages include expenses such as medical examinations costs, legal fees, and lost wages.

Today more than ever, immigrants from certain countries and certain faiths are being treated harshly by overzealous federal government officials. Do not assume that just because you do not have legal status that you do not have rights. Under the US Constitution, you are a person just like anyone else and when you are deprived of Constitutional rights by the federal or state government, or by any individual, you can sue them in a court of law.